On 15th of September “Volantes Soni” choir went on an epic adventure to seek fame and fortune.

“We were heading to Lloret de Mar, a small Spanish town which lies right by Mediterranean Sea, where 3rd International Choir Competition and Festival “Canco Mediterrania” was held. After a very long ride (with change in Paris) , we had reached the place.  On the next day, fully prepared and very enthusiastic, we attempted to rehearsal within walls of gothic church with other 15 choirs, performing songs in 3 different categories: sacral, folk and Catalonian . After well done performance there was nothing left but waiting for the score. That success was even beyond our dreams – we won gold diplomas in all 3 categories and 2nd place in catalonian songs category. That is what makes us hungry for more awards, so we are already preparing for the next season” 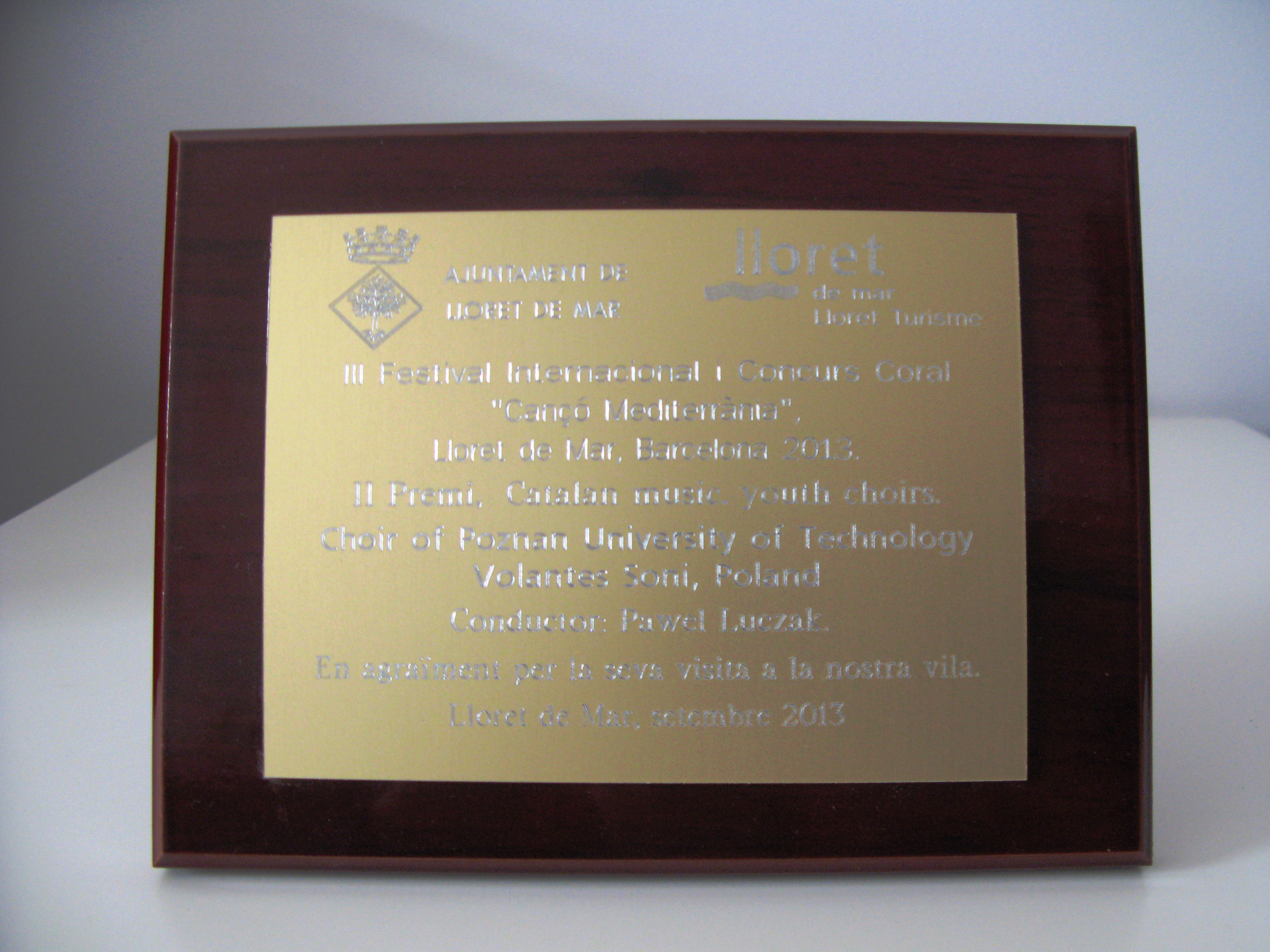