The VI edition of the Festival of Folk Art – Russian Wedding. The organizers of the event – Poligordzianie – once again focused on the promotion of regions of the world, in order to identify the differences that were not suppose to divide people but to build tolerance and similarities which breed the sense of community. Focusing on music and dance, being the modern forms of artistic message inspired by folk, they decided to prove that the tradition is an integral part of humanity.

From August 20 – 26, in the Wielkopolska region, with a particular emphasis on the City of Poznan, vocal and dance groups from Ireland, France, Spain, Bulgaria, Turkey, Latvia, Czech Republic, Russia and Belarus, which were the participants in the Festival, presented a colorful artistic program based the traditional songs and dances of their countries. In addition to concert performances, the above-mentioned groups together with Poznan residents participated in the evening folk jam sessions and parties in a Poznan club – KontenerART. Part of the Festival was also devoted to seminars on the problems of culture and tradition.

The highlight of the Festival was August 25. For the second time in Poland, the Lecture and Conference Centre at Poznan University of Technology became the premises for an International Wedding, with the participation of genuine newlyweds. This time the ceremony followed a Russian ritual. The show was the gaudy reconstruction of the most well-known ritual – “Redemption of the bride.” The music setting was provided by an artistic folk group “Rossichy”. The wedding was backed by great Polish bands such as Kapela ze Wsi Warszawa and Chłopcy Kontra Basia.
The festival was attended by more than 300 artists, dancers, singers, musicians, and a total of around 3,000 people in the audience. So you can safely say that this is a promising year in the calendar of summer events that are worth visiting. For all the Festival events the admission was free.

Get the flash player here: http://www.adobe.com/flashplayer 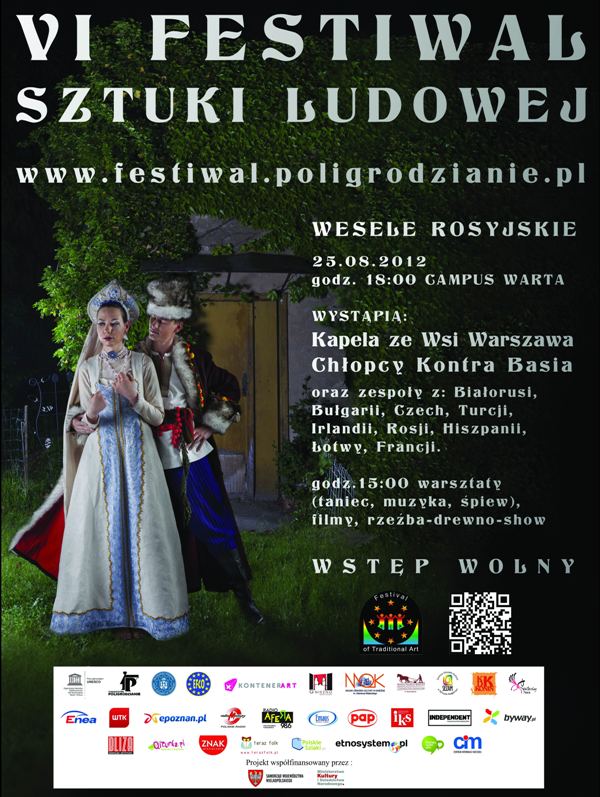 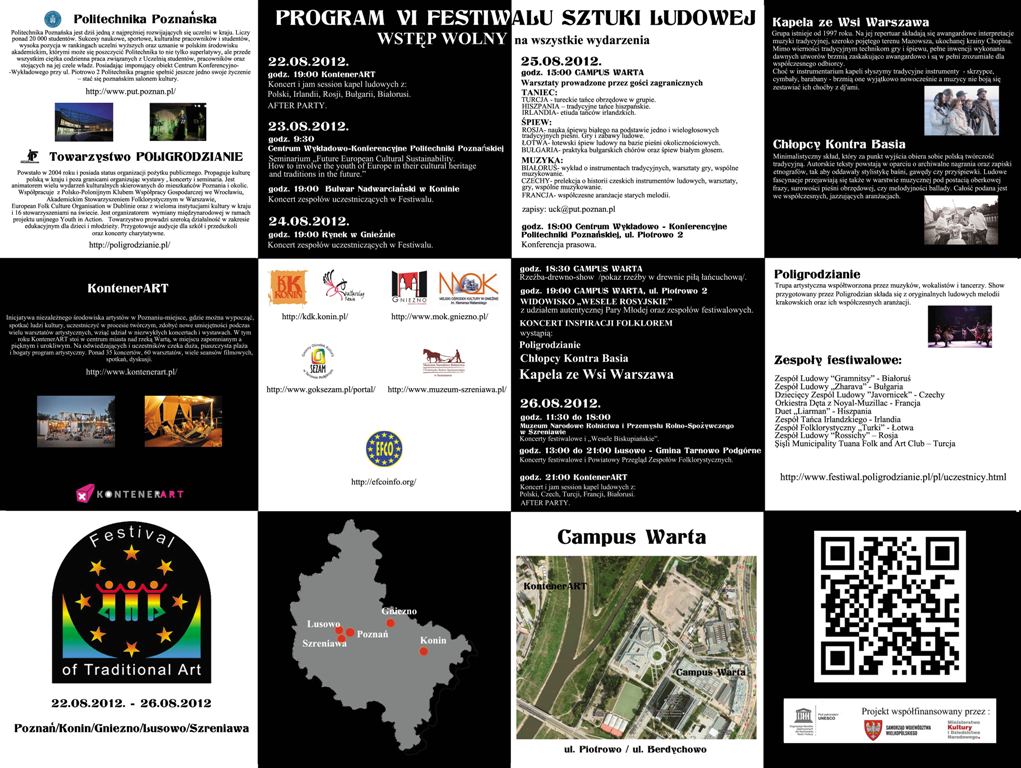