On April 17th the Professors Club of the Lecture and Congress Centre became the premises for a meeting with the president of Poznan Department of Polish Writers Association – poet Pawel Kuszczynski.

Paweł Kuszczyński was a winner of Poznańska Jesień Poetycka (Poznan Poetic Autumn) in 1962 and the International Poetry November in 1987. In 2009 he received the Award in Literature of the XXXII International Poetry November. In 2011 the Minister of Culture and National Heritage honored Paweł Kuszczyński with a “Zasłużony Kulturze Gloria Artis” medal. 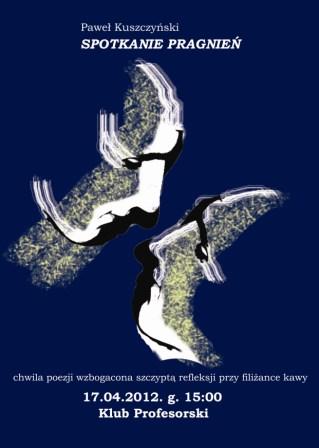